Whenever there is a discussion for the design of a welding project between an engineer and a welder it always comes down to the blueprints. Now, what’s blueprint made of? The answer’s Welding Symbols.

What are Welding Symbols?

Like every other sort of drafting in every other field, welding too has a set of symbols that closes the communication gap between the designer and welder. And those are the welding symbols.

These set of symbols pictorially represents the core structure of every welding project. And all the details are inscribed within the blueprint using these.

Like each and every language, welding symbols might be a bit scary at first. But if you stick with and pace yourself, we’ll get there soon enough.

What are Welding Symbols Used For?

By now it’s pretty obvious why’s welding symbol used. It’s to have a reliable means of communication between the welder and the designer. It is really hard to understand what exactly a designer wants just by talking with the guy.

So, these welding symbols really do the trick.

Why Are Welding Symbols Important?

I’ve been telling the same thing over and over again till now. It’s a reliable means of communication between the designer and the welder. It has zero probability of miscommunication.

Besides, everybody’s using these, it has become a standard. So, regardless of you being a welder or a designer, you’ll have to learn this. Since you’ll find that most people prefer a blueprint with welding symbols than listening to you for hours.

What Do Welding Symbols Mean?

There are not too many of these welding symbols. Each of them has a particular meaning.

There’s nothing to be worried about. Come, I’ll walk you through the meaning of each and every welding symbol.

So, here’s the solution to all those hours of talking with your engineer and understanding exactly what he wants solely from the blueprint.

The very first thing that you have to know to understand welding blueprints is the reference line. The reference line is just a straight horizontal line having two sides the arrow side and the other.

Reference arrow is on the arrow side as you can see from the figure. It points toward a welding joint. Usually referred to as the reference arrow or the leader.

Let me show you, how to indicate a basic filler weld. The arrow or the leader as we know is always pointed towards a welding joint. Now, if you want to put a weld to where the arrow is pointing, you’ll have to put the welding symbol on the arrow side.

Now, what if you wanted to put an arrow on the other side.

Now if you want to put on weld on both sides.

To denote the size of welding on the blueprint you’ll have to write it on the left side of the welding symbol.

This picture tells that the welding has to be done with 6010 electrodes.

If you need your welder to join two pieces of the weld on the spot rather than in the shop then a flag symbol as shown in the diagram below make it clear.

This symbol indicates that you’ll have to join two pieces of the project. And the welding has to be done all around the joint, not in any specific positions.

Let show you what I mean by leg sizes.

Now how do you put this information in a welding symbol? Here’s how you do it.

At times you will not need to weld the entire length of the joint. But do it in a certain distance. Here’s how the engineers will tell this to you.

Here the black portions are the welding puddles. What the welding symbol means is that each puddle will be 1 inch in length and the gap between them will be 3 inches.

Here you can see a metal sheet one on top of the other. The top one has a hole in it and it is welded to the one in the bottom.

Now I’ll be showing you different types of welding joints and their symbols.

Many designers require a definite contour for their products. Here’s a couple of symbols indicating a definite type of contour.

This contour requires tooling to get the required result. There’s no particular example for this. It’ll be described by the designer in the tail or somewhere else.

After a proper weld, the end result of the weld bead is normally convex contour. But at times a few industries such as food and petroleum require more height. This is a measure taken for corrosion.

This is done by back gouging the weld beams.

Now let’s talk about the whole blueprint and what are the things you will be found in there.

By this time, you have covered all the basics of welding symbols. You know almost all the welding joints and their symbol and can relate among the two of them.

So, you’ll never have to see the dissatisfactory face of the engineers and do the thing over and over just because you couldn’t understand what he was trying to say.

You also like to read on other welding tools  – 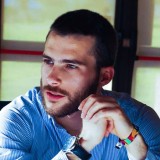